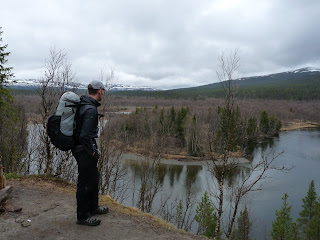 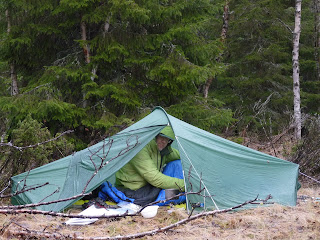 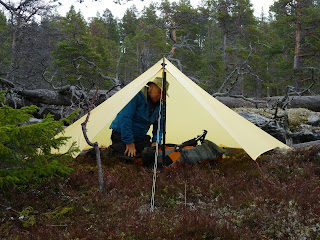 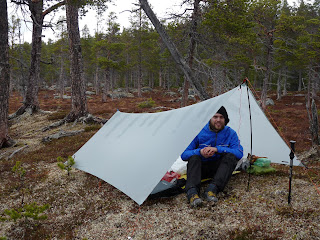 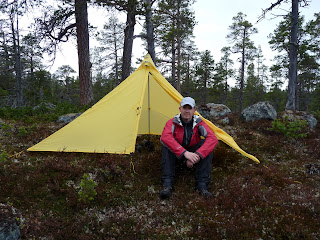 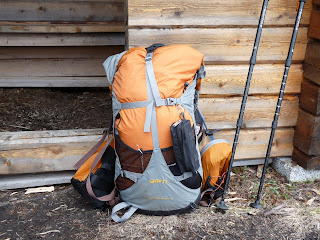 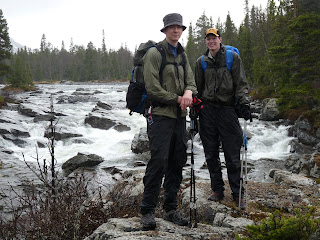 Wet feet? No worries, mate. Martin and Gustav.
Martin Nordesjö, last but not least/lightest, had the heaviest shelter, a Hilleberg Rajd 2 person shelter (965 g) that we will be testing this summer. This was fitted, most of the time, into his comfy Granite Gear Vapor pack (1090 g) together with his "extra extra long" Robert's Voyager Light down sleeping bag (800 g), an Exped Double Mat sleeping pad cut to 200 x 60 cm (210 g) combined with half a Z-lite borrowed from Hendrik (about 200 g), for softness. Total sum of the three big ones for Martin: a whopping 3265 grams. But of course, that was because he used a heavy 2-person shelter for test purposes.
Comment in English below and in Swedish at Utsidan.se here.
343 method Trips