Finnmarksvidda - tundra at the top of the world

By Jörgen Johansson September 01, 2014
Finnmarksvidda is a huge, fairly flat tundra area in northern Norway. At 70 degrees north it is a long way to the Arctic Circle at 66 north. Some years ago I made an attempt to cross Finnmarksvidda in winter with a friend, but bad weather forced us to turn around. That crossing was planned from Alta to Kautokeino. The latter has been called 'the capitol of Finnmarksvidda'. This time I started out in mid August from Lakselv, a small community on an icy fiord off the Arctic Ocean, heading for the elusive Kautokeino. 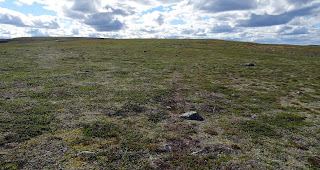 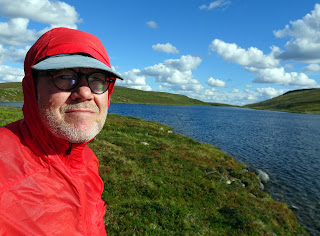 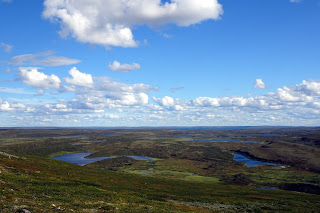 For those interested in my gear: The three big ones where a HMG Porter Pack 4400, a 70-liter pack that weighs one kilo, a Haglöfs LIM Down (460 g), a cell foam pad and an Exped Synmat Hyperlite at 510 grams plus an MLD Trailstar with a homemade inner tent weighing 900 grams.
Pack base weight was about 7,5 kilos and starting out with food for 8 days the pack weighed about 14 kilos as I shouldered it in Lakselv. You can read more about the gear I use in the book series Smarter Backpacking on Amazon (in English) or in Vandra Fjäderlätt (in Swedish).
Jörgen Johansson
I have been hiking since my early teens, mostly solo. Right after the millenium I discovered ultra light backpacking and have been using, trying and adapting originally American techniques to Scandinavian tundra. The demands in that area are demanding and equal to the ones I have found in northern Alaska. About this I have written in a number of books. In Swedish the bestselling Vandra Fjäderlätt, in English the Smarter Backpacking series that you find on Amazon.